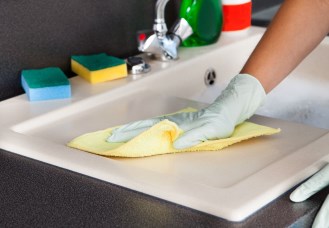 There has been a fair bit of buzz about the so called "hygiene hypothesis" and its relation to allergies and other more severe immune disorders in the media recently.

Many people, based solely on the name, would naturally assume that it involves dirt; but what does this hypothesis really say?

This hypothesis was proposed in modern form by British doctor David Strachan in 1989 (1). The original hygiene hypothesis only relates family size (and thus higher chance of disease exposure during early childhood between multiple siblings) to the chances of developing allergies.

Today, many people have accepted an expansion of the original hypothesis to be that general exposure to bacteria and viruses in childhood reduces the likelihood of adult allergies and autoimmune disorders.

One of the better predictors for exposure to bacteria and viruses is general cleanliness, usually meaning the amount of dirt around households, on objects, and on people. An approachable article for the expanded hygiene hypothesis can be found in "The Unintended (and Deadly) Consequences of Living in the Industrialized World" from the Smithsonian magazine, ref#2.

This expansion has been driven by two factors:

First, popular culture's use of the word "hygiene", usually taken to mean cleanliness, is broader than the original British use meaning exposure to disease-causing organisms.

Secondly, there has been increasing news coverage of the larger than previously known health effects of both environmental microbes and bacteria associated with the human body (microbes are any life form requiring a microscope to see; bacteria are one group of microbes).

As microbes can be commonly understood as contributing to "dirt", the concept seems to fit into the hygiene hypothesis. Also additional medical conditions have been added to the original allergy as outcomes of reduced exposure to microbes as it has come to be understood that allergies are one of a group of immune system disorders loosely joined by impaired immune system regulation.

Immune system disorders commonly associated with the hygiene hypothesis have included allergies, eczema, and asthma as well as autoimmune disorders (multiple sclerosis, lupus, and amyotrophic lateral sclerosis (ALS; "Lou Gehrig's Disease, among others). Both expansions of the meaning of "hygiene" and the conditions covered by the hypothesis go well beyond its original intent. Some additions are more justified than others.

Dr. Strachan noted the correlation between larger family size and lower risk of developing allergies, but the broader observation that most people point to today is that the rate of many less common allergies (particularly food allergies, not common allergies such as hay fever) is far lower in developing nations where children generally live in larger families, have less access to healthcare, and have a higher parasite burden. This observation also holds for many of the nastier autoimmune diseases such as multiple sclerosis and lupus.

Despite the general observation about allergies and more severe auto-immune disorders, there has been no direct proof for the hygiene hypothesis; admittedly it would be difficult (and/or unethical) to directly test it.

A number of studies have shown general support for the hypothesis (for a recent and well publicized article on a possible link between hand washing dishes and lower rates of allergy see #3), but not all study conclusions have shown support for all the medical conditions tested.

In fact, in recent years it has been shown that asthma susceptibility may be increased, not decreased, by early childhood exposure to respiratory disease (4). Thus susceptibility to developing asthma, which some people had considered brought into the expanded definition of the hygiene hypothesis, but which was not originally included, probably should be dropped from the list of conditions that fall within the influence of the hygiene hypothesis.

The emerging consensus in the medical sciences then is that asthma should not be lumped into the hygiene hypothesis, but that most allergies and a range of more severe auto-immune disorders (MS, lupus, irritable bowel disorder, among some others) do fit the parameters of the hypothesis.

Why the Hygiene Hypothesis
Makes More Sense Today Than Ever

Over the last 10 years or so two major developments have made the hygiene hypothesis more relevant.

First, it has become clearer that the human immune system is essentially a learning machine. It interacts with the environment around an individual and tailors its response based on what it learns. Much of this learning happens in the first year or two of life, but some learning occurs on an ongoing basis. 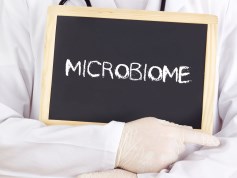 Secondly, the importance of the human microbiome to health has begun to be revealed.

The human microbiome is all the non-human cells and viruses associated with a human body. This encompasses hordes of bacteria, viruses (most of the viruses are preying on the bacteria, not us), and some single and multi-celled Eukaryotic organisms (from yeast to parasitic worms).

In essence we humans are a walking ecology, one that is ongoing and ever evolving.

The bacterial component of the human microbiome is so far the best studied. This is largely due to advances in DNA sequencing technology that allow the detection of bacteria that cannot grow outside their native environment (estimates of "unculturable" bacteria range from about 80% for the human microbiome to 99%+ for some complex soil and aquatic environments).

The microbiome changes rapidly, on a daily, and possibly even shorter, basis. Furthermore, differences in bacterial composition vary as much over time and within a single human as it does between different humans (5).

This greatly complicates attempts to use probiotics to improve microbiome health, we simply do not yet have a good handle on which particular bacterial compositions are most beneficial.

Increasingly it seems that having a healthy microbiome is associated with good general health. In fact some doctors are starting to think of the microbiome as a medical system at the level of an organ for its ability to affect health throughout the body.  If so it is one of the most accessible and easily altered organs in the body.

This new understanding of the human microbiome also creates greater impetus to reign in the use of broad spectrum antibiotics in human medicine.

Broad spectrum antibiotics kill most bacteria, not just disease causing ones. Using them is roughly equivalent to carpet bombing your intestinal tract and can do extensive damage to your digestive microbiome. This damage likely heals over time, but such disruptions can lead to other complications, most notably Clostridium dificile infections.

Of course, antibiotics can save people who would otherwise die from serious bacterial infections, but that is not currently their primary use.

Something like 70% of all antibiotic prescriptions are associated with upper respiratory tract infections that are 4 times more likely to be viral (and thus not treatable with antibiotics) than bacterial in origin.

We may be doing lasting damage to people by over-prescribing antibiotics.

The human microbiome and its transitory nature is directly linked to "hygiene" in the American sense. "Dirt" is a general term, but while its composition may vary, contact with dirt and dirty objects generally means the introduction of a wide array of bacteria and viruses to the body.

If we also bring back the idea of the immune system as a learning machine we can see the real application of the hygiene hypothesis.

Early in life the immune system is relatively naive. It has not yet learned what is dangerous and what is not. By restricting the experience of the immune system, both by reducing contact with infectious agents and by removing most common dirt from the home environment, we are impairing the education of the immune system, potentially leaving the immune system susceptible to later being unable regulate itself properly and increasing the chances of developing allergies or other more serious autoimmune disorders. Viola, we return full circle, cleanliness can help to reduce disease burden, but it has a darker, unanticipated side effect, weakened immune system regulation.

What Can be Done to Avoid the Negative Predictions of the Hygiene Hypothesis?

Clearly we don't want to roll the clock back a hundred years to the "good old days" when 50% of children died before their fifth birthday and 10% of mothers could expect serious complications or death during childbirth (although a significant proportion of that 10% maternal risk actually came from misguided early medicine which essentially regarded pregnancy as a disease, but that is another story!).

The hygienic movement in medicine and public health has resulted in large decreases in death and suffering, but in some ways we've gone too far.

What might be done to avoid some of the negative effects of hygiene? A cleaning Do's and Don'ts suggestion list: 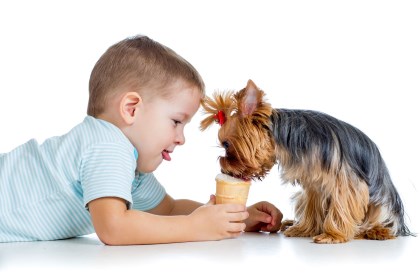 Basically, a little dirt is not too likely to hurt you or your child and may be beneficial in that it helps to educate and regulate the immune system. Personal and food hygiene is still a good idea, within limits. What should be avoided is wholesale ingestion of raw soil, as there are potential disease causing bacteria in the soil and the more soil you eat the greater your chances of running into something nasty.

There is a way to ingest more material from soil without risk of infection - Oswego Microbial offers a sterile, soil-derived immune supplement that confers many of the advantages of soil consumption without the risk of infection. Visit the website for more information.

The hygiene hypothesis is more relevant than ever as we in the developed world move farther and farther away from the outdoor environments that our species evolved from. The repercussions of limiting exposure to dirt and common respiratory diseases as a child may haunt many adults for the rest of their lives. A little bit of dirt may actually be good for you!

2.) Curry, A. (2013). "The Unintended (and Deadly) Consequences of Living in the Industrialized World". Smithsonian