Which of these Common Foods have the Highest Pesticide Residue?

Learning which foods have the highest and lowest levels of pesticide residue will make it easier to decide on grocery purchases.

So if you can't afford all organic, don't despair!

If the foods high on the list are family favorites, buy these organic.

If you're looking to save money, choose conventional foods near the bottom of the list.

And if you haven't already, read about the dangers of pesticides found on your food.

Following these tips will provide an economical way to reduce your pesticide exposure and boost immune system health.

The following list is a compilation of almost 43,000 tests for pesticide residue on common fruits and vegetables. The data was collected by the U.S. Food and Drug Administration and the U.S. Department of Agriculture between 2000 and 2005.

Environmental Working Group (EWG), a not-for-profit organization, compiled the results to determine the highest and lowest amounts of pesticides in food.

It is important to note that the produce was washed prior to testing, to mimic actual levels that consumers would be ingesting. 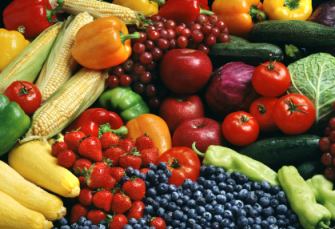 44 different fruits and vegetables were tested

Pesticide load (the combined score) was determined by factoring in the following categories:

The study determined that consumers can reduce their pesticide exposure by almost 90% by simply avoiding the top 12 pesticide-laden foods and instead choosing those foods with the lowest amounts of pesticides.

Okay, now that all that is explained, here are the results.